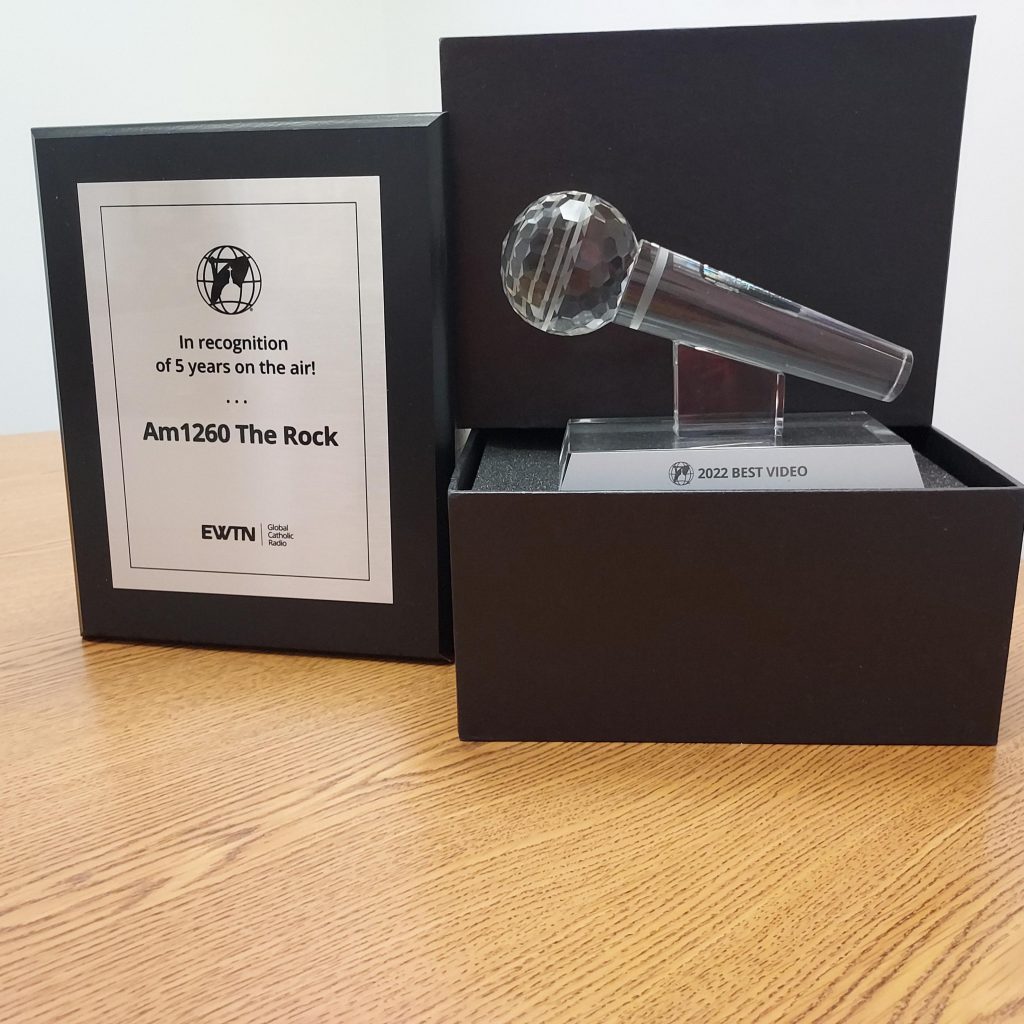 The conference was a gathering of EWTN radio affiliates from throughout the UnitedStates and is the first in-person conference held since 2019.

EWTN Chairman and CEO Michael P. Warsaw presented two awards to the station atthe awards dinner on the final night of the conference. The first was a plaquecongratulating the station on its fifth anniversary, which was in 2020.

The second award, a crystal microphone, was in recognition of the best video submittedby EWTN radio affiliates. The video includes testimonials from four listeners and wasused by the station for the #weGIVECATHOLIC campaign on Giving Tuesday.

Accepting the awards and representing AM 1260 The Rock were Executive DirectorBernadette Boguski, and St. Peter The Rock Media co-founding board member DickRuss.

The two-day conference included a pilgrimage to the Our Lady of Solitude Poor ClareMonastery in Tonopah, AZ, a reception hosted by Catholic Answers staff, andpresentations by various EWTN radio and television program hosts including JohnnetteWilliams, Fr. Mitch Pacwa, SJ, and Warsaw. Fr. Robert Spitzer SJ, host of “FatherSpitzer’s Universe,” gave the keynote address on The Shroud of Turin.

AM 1260 The Rock, WCCR Cleveland, is operated by St. Peter The Rock Media, a non-profit lay apostolate. The station began broadcasting on May 11, 2015, and provides24/7 faithful, engaging Catholic programming as an affiliate of EWTN