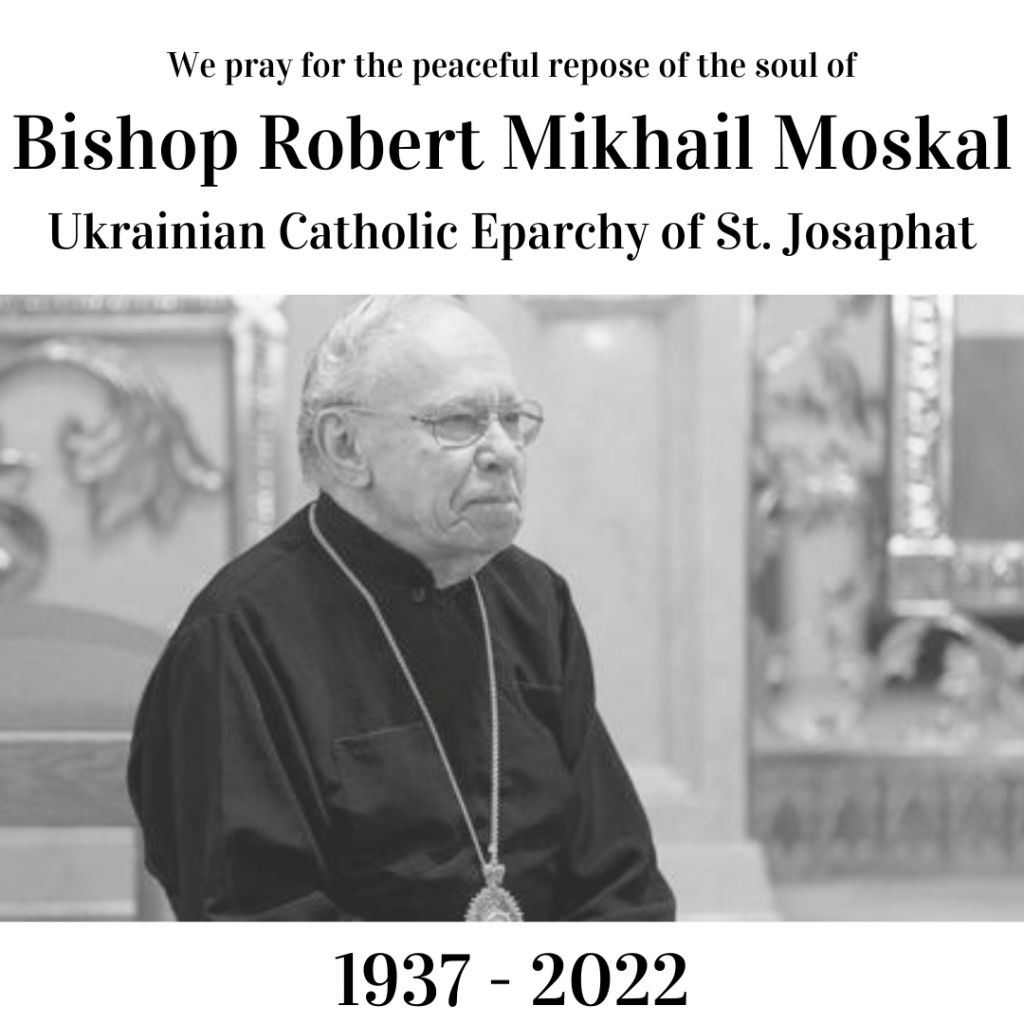 On behalf of all of us here at The Rock, we offer our prayers for the peaceful repose of the soul of Bishop Robert Mikhail Moskal of the Ukrainian Catholic Eparchy of St. Josaphat in Parma.

Bishop Moskal was born in Carnegie, Pennsylvania on October 24, 1937. In 1951 he entered Saint Basil Preparatory School and College Seminary in Stamford, Connecticut. He completed his graduate studies in Sacred Theology at Catholic University of America and Saint Josaphat’s Ukrainian Catholic Seminary in Washington DC.  He was ordained to the sacred priesthood in the Cathedral of the Immaculate Conception in Philadelphia on March 25, 1963.

Father Moskal served the Eparchy as secretary at the Archbishop’s Chancery in Philadelphia; the founding pastor of a new Saint Anne Ukrainian Catholic parish in Warrington, served two years on both the Archdiocesan Tribunal and as the editor of the Archdiocesan Weekly, a charter member of the Board of Directors of Ascension Manor; Vice-Chancellor of the Archdiocese of Philadelphia; pastor of Annunciation Ukrainian Catholic Parish; Chancellor of the Archdiocese and Rector of the Immaculate Conception Cathedral.  He was ordained a Bishop on October 13, 1981.  On December 3, 1983, Bishop Moskal was named the first prelate of the new Eparchy of Saint Josaphat in Parma, Ohio and was formally installed on February 29, 1984.  He resigned for reasons of age on July 29, 2009 and left this world on August 7, 2022.

Christ our true God, Who has power over the living and the dead, through the prayers of His immaculate Mother; of the holy, glorious and all-praiseworthy apostles; of our venerable and godly fathers, and of all the saints, will place the soul of His servant, Bishop Moskal, which has departed from us, in the abode of the just, and will give him rest in the bosom of Abraham, and number him among the just, and will have mercy on us, for He is good and loves mankind.